WITH TWO DEBUTANTS AGAINST PORTUGAL

In the Rugby Europe Championship 2020 Round 4 match against Portugal on March 7, the Lelos’ ranks will be joined by two more rugby players to be bred in senior international rugby.

Team Head Coach Levan Maisashvili named the 23 squad for the upcoming match at Stade Jean Bouin (kickoff at 19:00). Two of the players are:

Third-row forward Tornike Jalagonia, who impressed us with his performance at World Rugby Under 20 Championships 2017 and 2018, was included into the extended squad ahead of the previous match against Belgium. That time the 21-year-old did not make it into the match squad, and now he will be able to join the game from the bench. 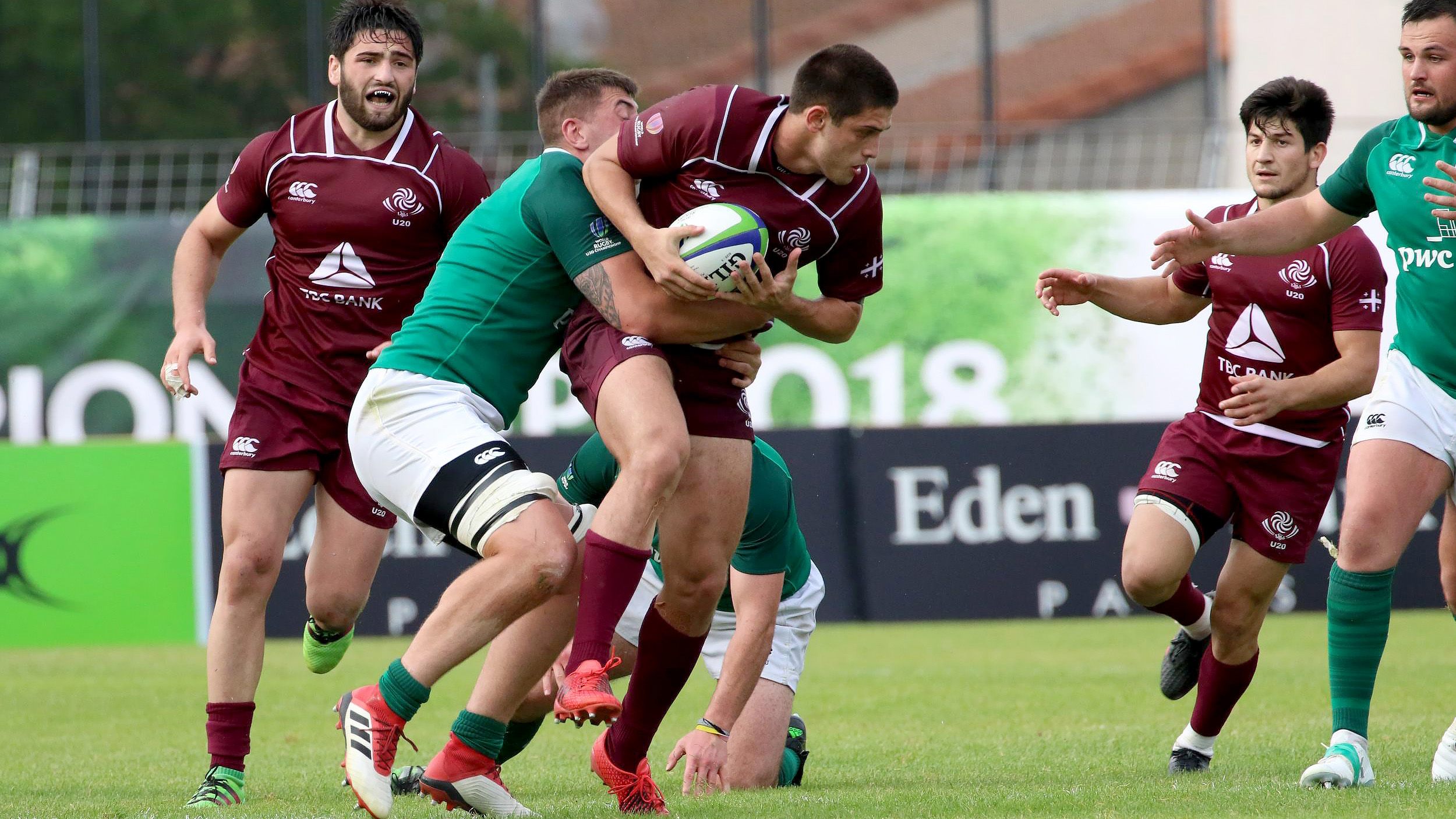 Among the substitutes, there also is R.C. Aia’s and Junior Lelos’ mid-fielder Lasha Lomidze, who is also going to make a debut in the national team. Lasha is still bound to play World Rugby Under 20 Championship this year; last week he played a series of warm-up matches against the U20 France Development side – then joined the Lelos’ training camp and got listed in the 23-man squad.

Changes in the Starting 15

After the 78:6 win against Belgium two weeks ago, Head Coach changed several players in the Starting 15.

Front row is completely renewed; the match will be started by Giorgi Tetrashvili, Shalva Mamukashvili and Levan Chilachava. This is going to be Tetrashvili’s first match in the starting 15 since 2018. Giorgi was on the bench during the match against Belgium.

Second-row forward Lasha Jaiani, whose debut with the Lelos took place two weeks ago, keeps his position in the starting 15. He will be playing together with David Gigauri, who was on the bench at Spain and Belgium matches and was moved to starting 15 for this game.

Team captain Beka Gorgadze and flanker Giorgi Tkhilaishvili are in the third row again. The second flanker will be Beka Saghinadze, who was on the bench during the previous match. 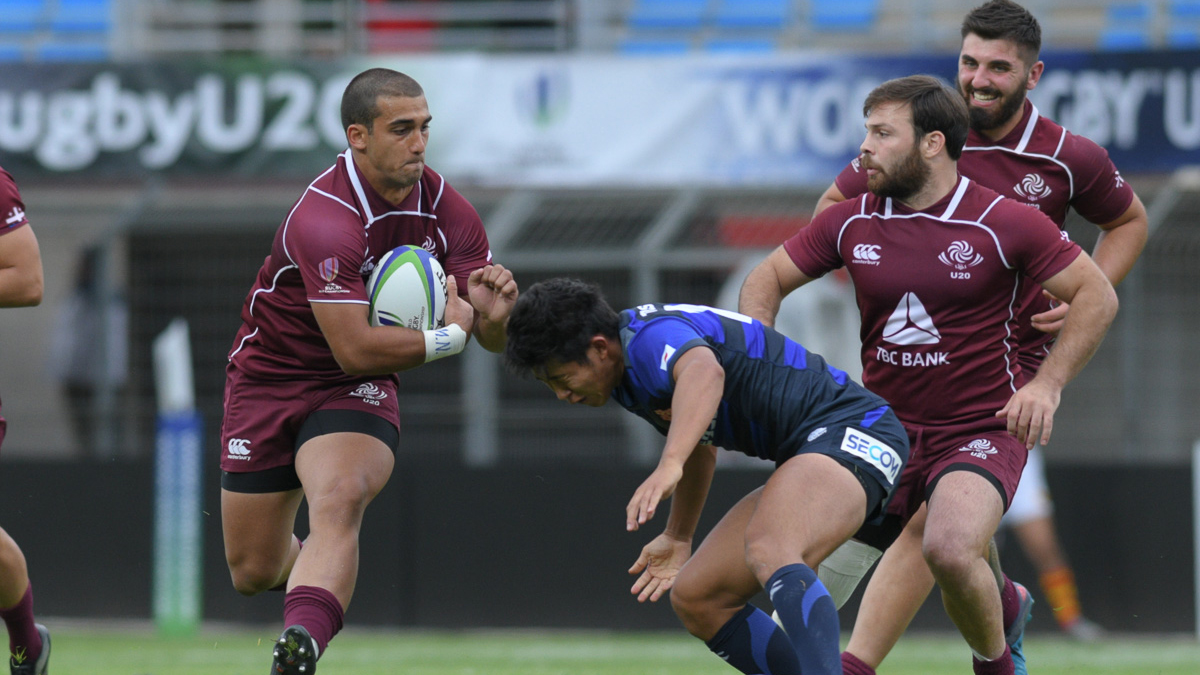 Half-backs is changed as well – Giorgi Begadze will start as scrumhalf and Lasha Khmaladze – as flyhalf. This is going to be Begadze’s first appearance in the starting 15 this year. Two weeks ago, he played against Belgium in the second half and scored his first try in the national team. Khmaladze’s last appearance in the starting 15 took place during Georgia vs Australia match at Rugby World Cup 2019.

The centre will be reinforced by two seasoned players – Lasha Malaguradze and David Kacharava. Malaguradze will earn his 99th cap this weekend and will join the ranks of Georgian centurions if he also plays against Russia on March 14, and Kacharava will get the 122nd cap.

We will see the experienced Alexandre Todua and newbie Deme Tapladze. Under 20 national team captain, Tapladze played his first match in the senior national team two weeks ago; back then he played at centre, and now he has been moved to the wing. Position of fullback is occupied by Soso Matiashvili, just like at the previous match. 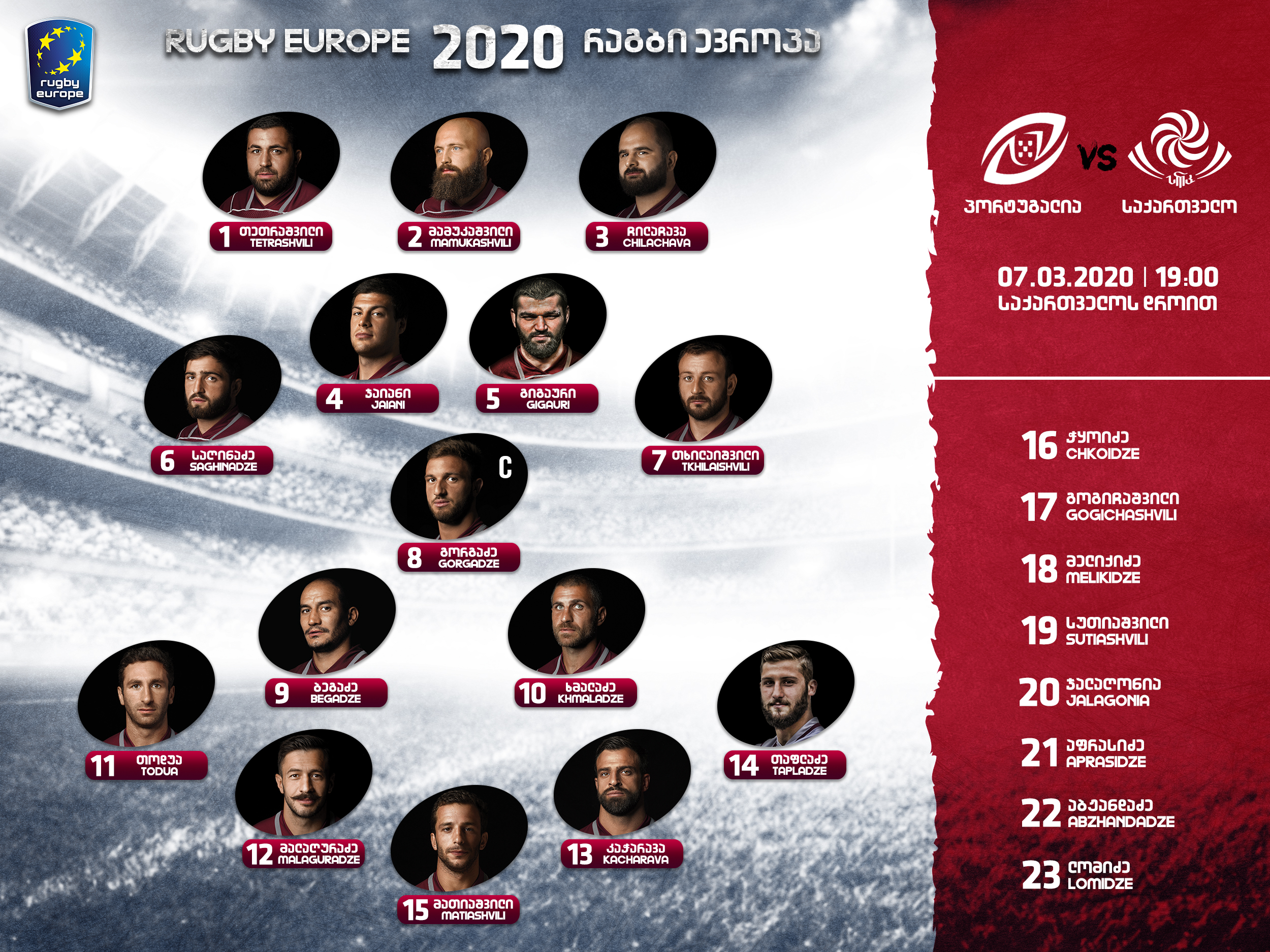