U20 | Junior Lelos squad against Argentina

After an almost 16-month forced break, the Junior Lelos will return to the pitch on June 18 and play against their Argentine peers in the first U20 International Series encounter in Stellenbosch, South Africa.

The lengthy pause was caused by COVID pandemic, due to which the World Rugby Under 20 Championships 2020 and 2021 were cancelled.

In 2022 World Rugby Under 20 Championship should be relaunched, and the Junior Lelos already started to prepare for it. The coaches gathered players born in 2002 and 2003, held two training camps in Georgia and accepted joined the U20 International Series organized by SARU.

We will play our first match in Stellenbosch against Argentina tomorrow at 15:00 Georgian time. The coaches named the 23-man squad for the tournament-opener.

As the Under 18 tournaments were also paused last year due to the pandemic, the U20 International Series will be the first international experience for these players. The Junior Lelos will play a total of 4 matches in South Africa: Georgia’s second match on June 23 will be against Uruguay, which plays the host – South Africa, tomorrow; in their third match, the Georgians will encounter Junior Boke on June 28; last match of the tournament will be played on June 3, opponent to be identified as per pool stage rankings.

As Ilia Maisuradze arrives in South Africa at a later stage in the capacity of Senior Lelos’ scrum coach, the Junior Lelos are coached at the tournament by his colleagues Lado Kilasonia, Zurab Amonashvili and Tornike Bubuteishvili. According to Kilasonia:

„We are keen to see where the international rugby stands now and where we are after the pandemic-induced break, and this tournament is a perfect opportunity for this. Our players are going to get their first international experience ever. They are getting an opportunity to show how good their performance is and how they can cope with real pressure. In the previous years, we had several encounters with Argentina, this team is traditionally fast paced, probably one of the fastest across the world. We are looking forward to a highly interesting and revealing game.“ 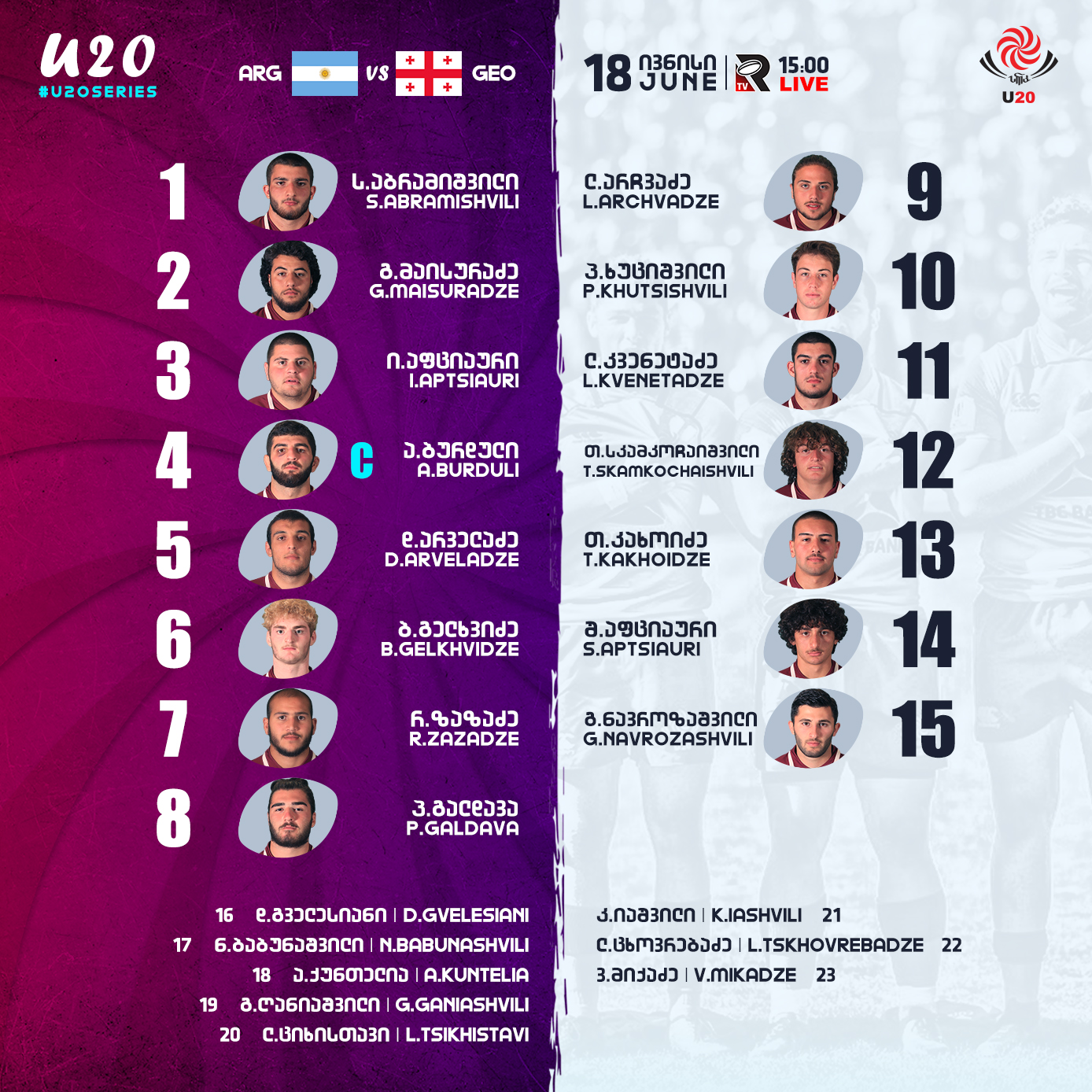