THE LELOS | WITH EIGHT CHANGES AGAINST RUSSIA & 4th CENTURION

The Lelos’ Head Coach Levan Maisashvili named the 23-man squad for Georgia vs Russia match to be played at Mikheil Meskhi Stadium on March 14 (at 16:00).

After the match aginst Portugal, which Georgia won with a bonus point a week ago, there are 8 changes in the starting 15.

Akaki Tabutsadze healed his injury and returns to his position at wing. Axis is replaced too – the game will be started by Vasil Lobzhanidze and Tedo Abzhandadze.

Team captain, prop Mikheil Nariashvili returns to the starting 15. The second row is fully revamped; the game will be started by seasoned Nomdar Cheishvili and Shalva Sutiashvili. Flanker Giorgi Tsutskiridze is back into the starting 15, and no. 8 will be played by Mikheil Gachechiladze.

The experienced duet of Lasha Malaguradze and David Kacharava keeps their position at center. For Malaguradze this is going to be the 100th match; on March 14 he will become the 4th Georgian centurion, while Kacharava, our most capped international player, will increase his record to 123.

Backs in the starting 15 have a total of 401 international caps, while the forwards – 339 caps.

Head Coach left the substitute front row unchanged – Giorgi Chkoidze, Guram Gogichashvili and Giorgi Melikidze remain on the bench. Second-row forward Lasha Jaiani was moved to the substitutes; third-row forward Tornike Jalagonia, who had his debut a week ago, keeps his position in the match squad.

Gela Aprasidze has been named replacement scrum-half. Experienced Lasha Khmaladze and young Deme Tapladze will sit on the bench as replacement backs. 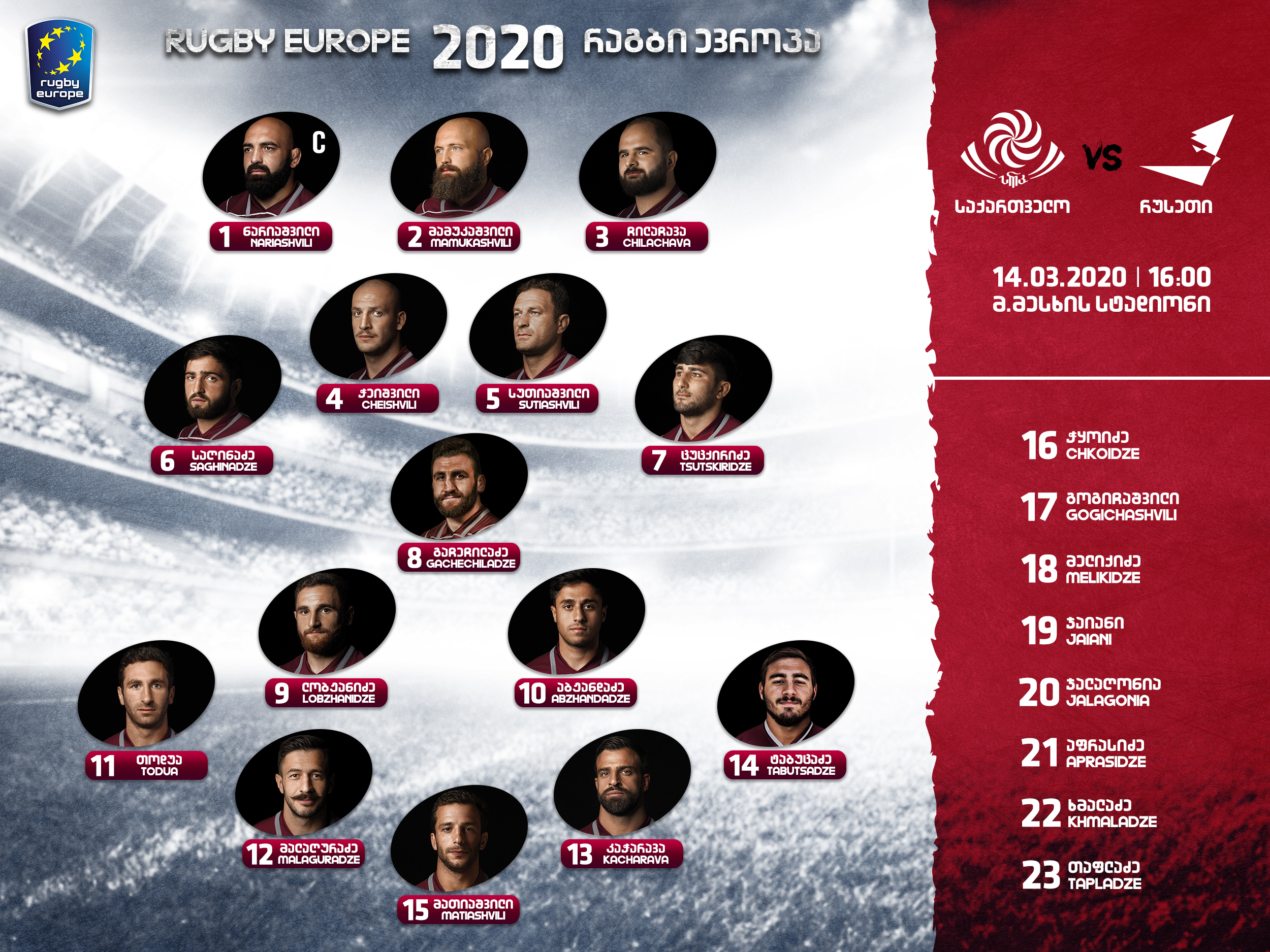