Three to wait for a Chance to Shine

As Georgia is preparing for the Autumn Nations Cup opener against reigning Six Nations Champions – England, three uncapped players are waiting for their chance to win their first senior international caps for Georgia. 19-year-old scrum half Mikheil Alania, 19-year-old fly half Luka Matkava and 18-year-old Davit Niniashvili are among Georgia’s 35-man tournament squad. 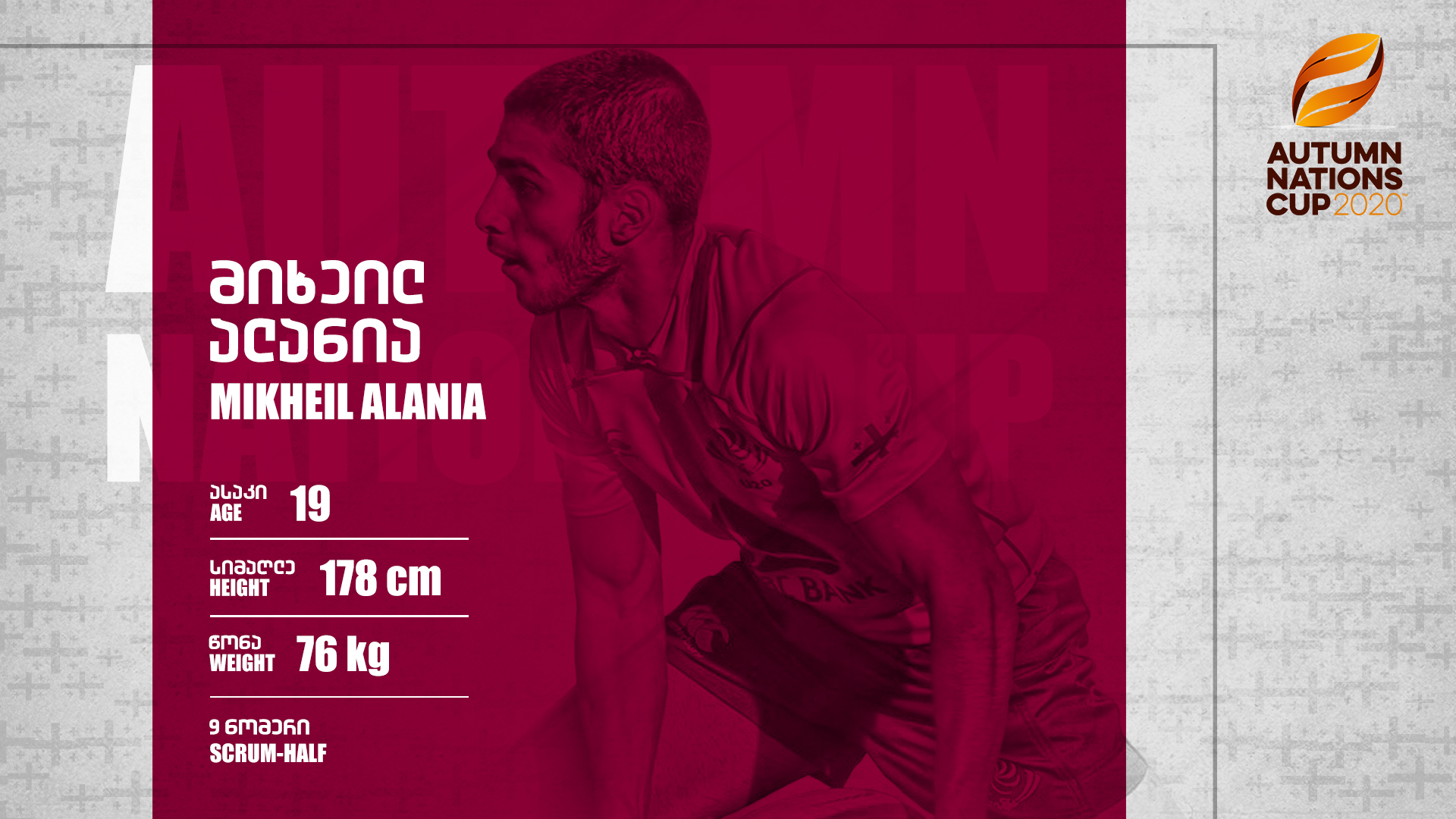 Looking forward to keeping up with the pace | Mikheil Alania

It was back in 2019 that Milton Haig invited Mikheil Alania to join the Senior Lelos’ extended squad for pre-World Cup campaign, but he did not make it to the final 31 for Japan.

Alania, who participated in 2018 and 2019 World Rugby U20 Championships comes from a Georgian Rugby dynasty as his father, Kakha Alania, played for Georgia from 1993 to 2004 gaining 25 caps for his country. As a proud father, he is waiting for “Mishiko’s” debut in Senior Team and underlines how the times have changed and how much Georgian Rugby has developed over the years as he had his debut against Luxembourg, when his son is set to win his first cap against England, Wales or Ireland. 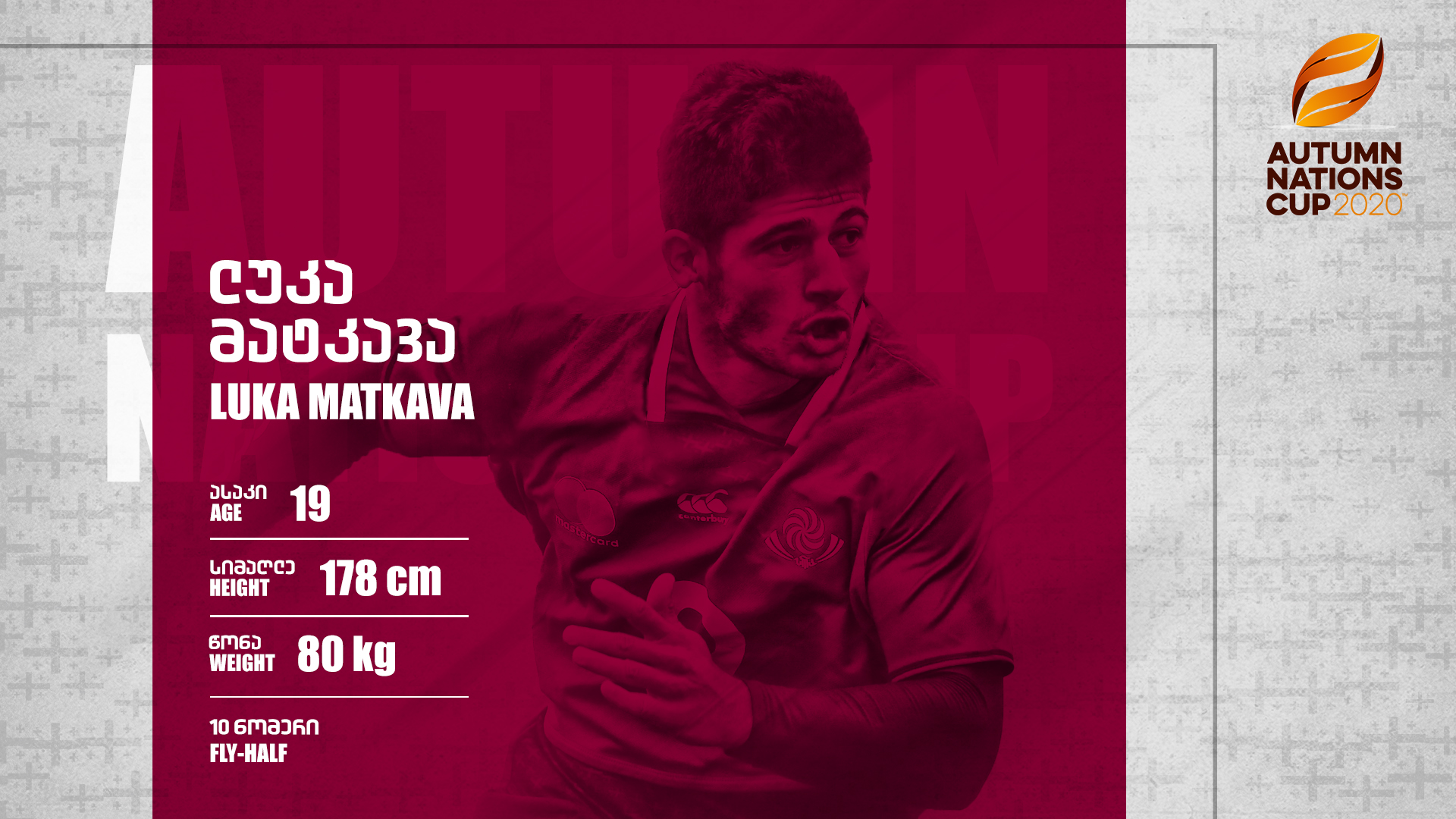 It’s like a big family, everybody looks after each other here | Luka Matkava

Another young addition to the Lelos autumn squad is an 18-year-old fly-half Luka Matkava, who plays his rugby for Armazi Rugby club in Georgia and who fell under the scrutiny of the Lelos’ coaching staff back due to his talented performance in Georgia’s U18 and U20 teams.

Overwhelmed with the family-like atmosphere in Georgia’s senior international set-up, Matkava feels motivated and little bit nervous too ahead to one of the most important tournaments Georgia has had so far. He does not lack confidence as he and the generation of U20 players before him have the experience of winning against Tier One teams at World Rugby Junior Championship. 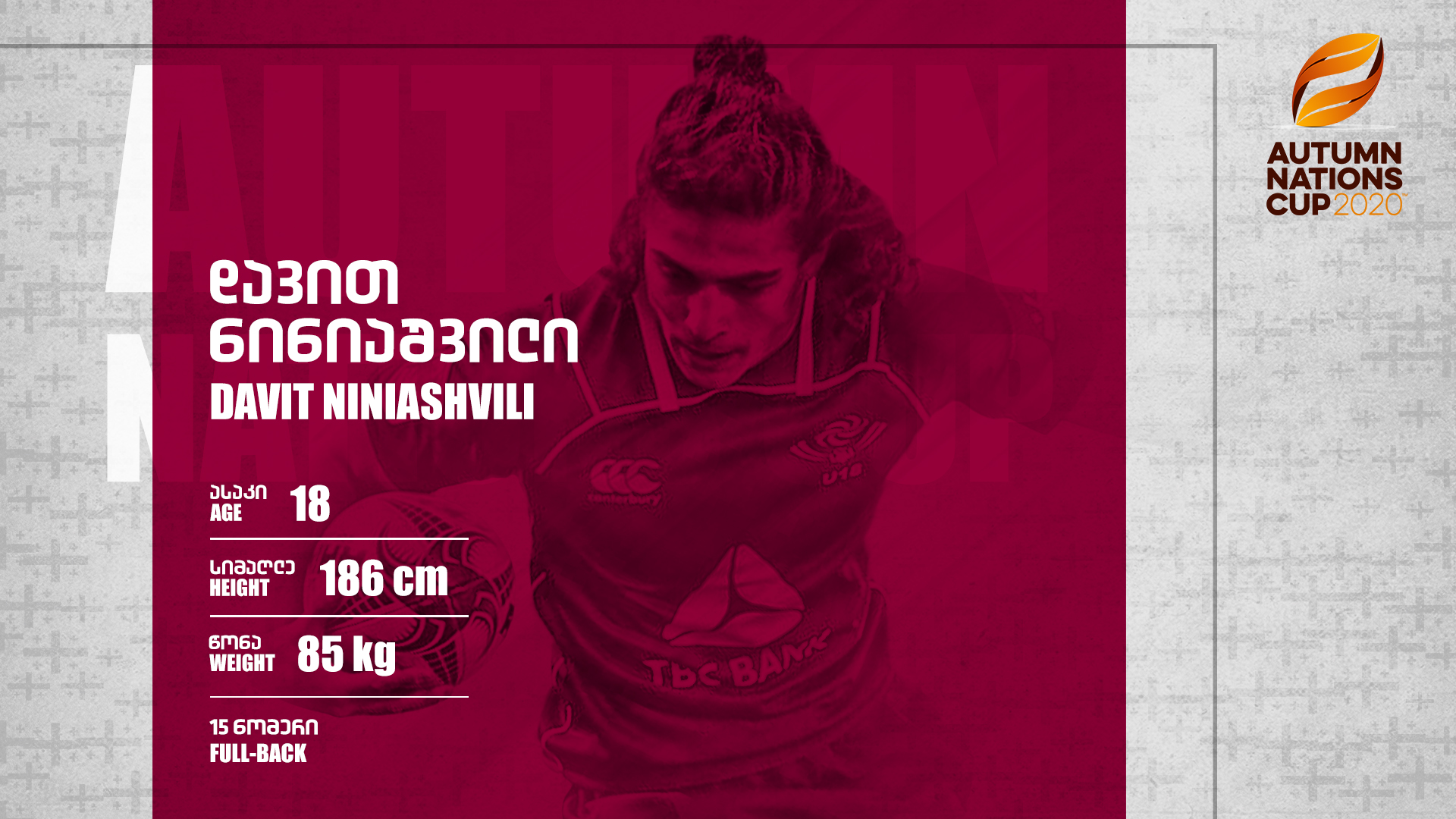 The boost in development | Davit Niniashvili

Being the youngest of the three, 18-year-old Davit Niniashvili could not believe he was invited to the national team before he actually saw the list. So far, he has played for Georgia Under 18 both in 15s and 7s Rugby Europe Championships. Niniashvili has joined the senior team in May and, as he admits, training with senior team boosted his development quite strongly.