The Lelos to host Scotland in Summer

Scotland remains the only Tier 1 team to have played against the Lelos in Georgia.

On the first occasion, Scotland visited Tbilisi shortly before Rugby World Cup 2019 and played at Dinamo Arena on August 31. This year, the test-match is scheduled for July 17; the venue and kick-off time will be announced in due course.

The Sixth test against Scotland 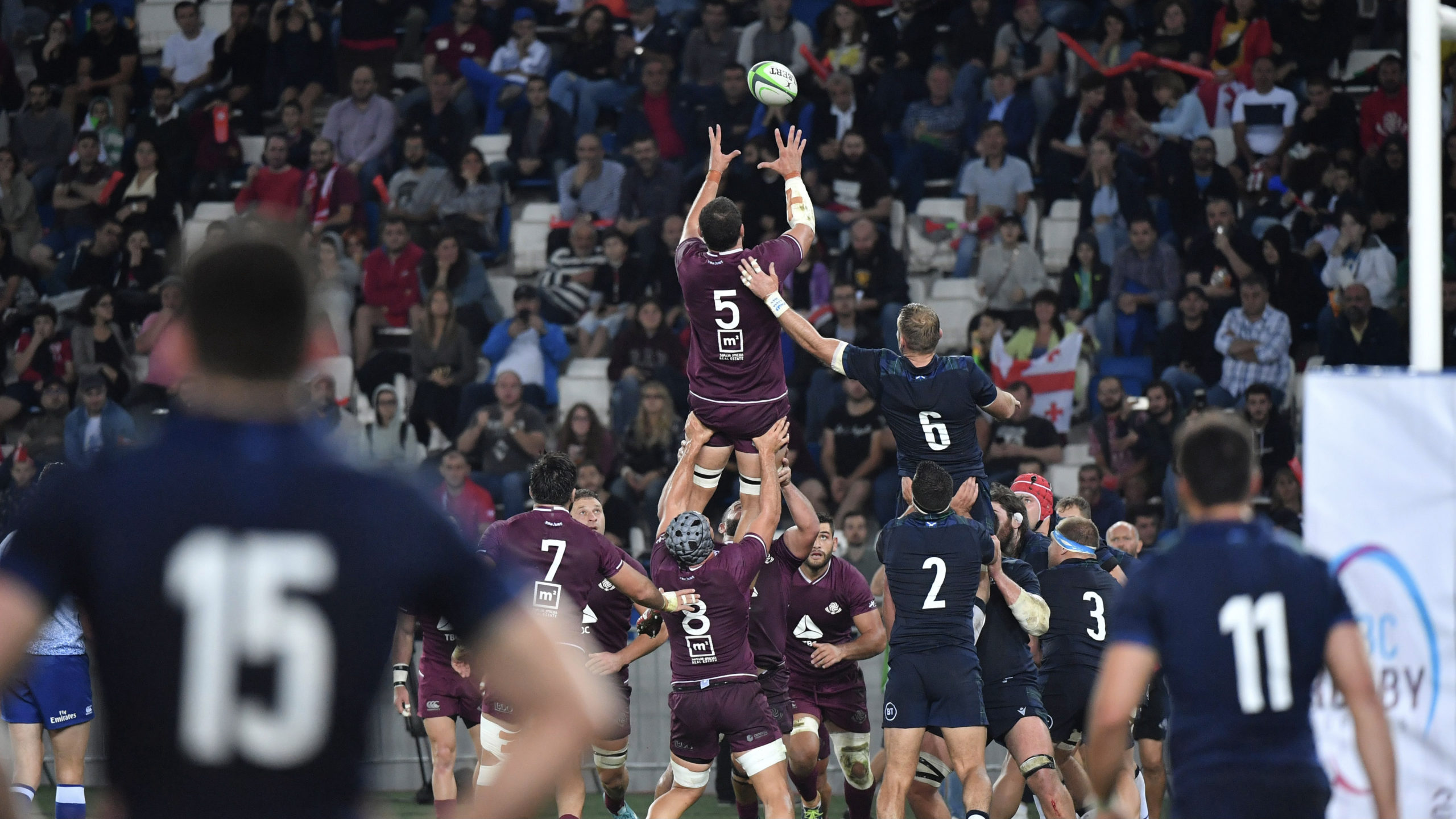 During the last decade, the Lelos played against Scotland five times. The first encounter took place in Invercargill during the Rugby World Cup 2011. The Lelos did not let the oposition score single try, though Scotland won by penalties. This was the only occasion so far when we succeeded in protecting our try linefrom a Tier 1 opponent.

In November 2016 the Scots hosted Georgia for an autumn test in Kilmarnock and won 43:16, though they liked the Lelos’ performance so much they almost immediately expressed willingness to visit Tbilisi.

Before RWC 2019 Scotland made good on this announcement and played a warm-up match against the Lelos in Dinamo Arena on August 31. The fans had an opportunity to relish some top rugby performance live on site; the match ended 44:10 for the visiting team.

A week later, the Lelos had another encounter with Scotland at Murrayfield, Edinburgh. This time, Georgia’s performance was better, though the host – an undisputedly stronger team – won 36:9.

Last year, Scotland invited us to play a test-match at Murrayfield on October 23 2020, just ahead of Autumn Nations Cup. After the long period of forced inactivity caused by COVID pandemic, the Lelos lost 48:7.

An Example Set for Other Tier One Nations 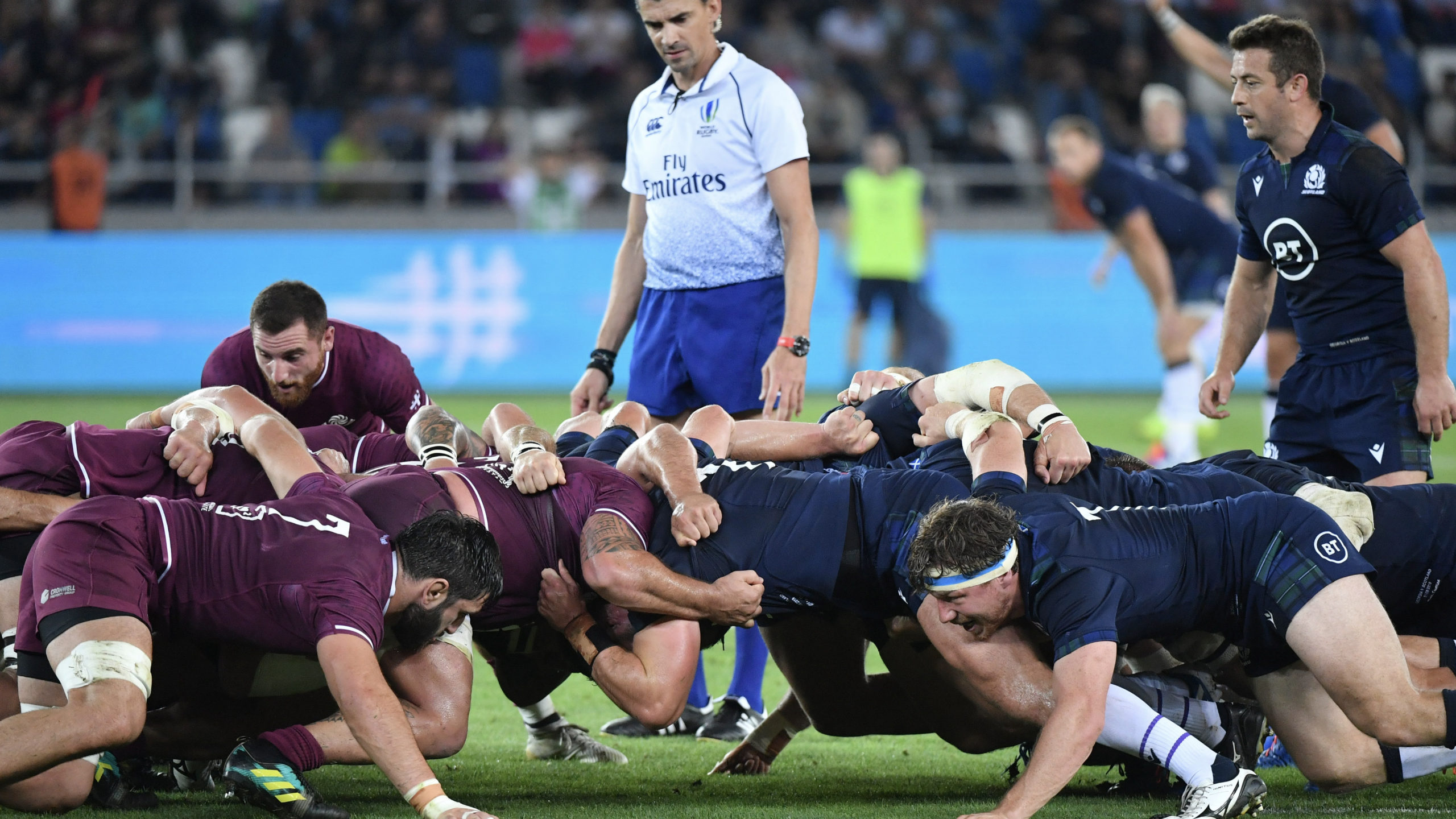 According to Georgia Rugby Union Vice-President Lasha Khurtsidze, Scotland’s second visit should serve as an example for other Tier 1 Nations:

“We are grateful to Scotland. They were the first Tier 1 nation ever to visit Georgia, hosted our team twice and prepare to visit us again. Playing a test-match in Georgia was their idea and this demonstrates that they were satisfied with how we hosted them in 2019. The environment at the match venue was very positive, and the visiting team obviously liked our performance in spite of the score”.

“Georgian fans do not have the luxury of watching rugby performances of this level often, and this is important for them too. Scotland’s visit should serve as a good example for other Tier 1 teams. They will surely share their impressions with the Six Nations and other Tier 1 teams, and this is a guarantee that other top teams will visit us in the future”.

The Lelos’ Head Coach Levan Maisashvili looks forward to another opportunity to play against Scotland:

“Scotland is a great team, and we look forward to playing against them again. Since Gregor Townsend took office as Scotland’s Head Coach, the team had been progressing visibly and grew exceptionally strong, which showed at this year’s Six Nations. Scotland demonstrated they can defeat any of other Six Nations teams, and it is an honor for us to play against them.

“Last autumn we did not have any chance to prepare for the Scotland game. I hope we will be able to train better for this summer’s test-match. In June we are bound to play the last round of Rugby Europe Championship against Belgium or Netherlands. We work to secure at least one more game ahead of Scotland and this causes us to hope we will be in better shape for July 17.”