THE LELOS | EXTENDED SQUAD FOR PORTUGAL

The Lelos’ Head Coach Levan Maisashvili invited 30 players for the training camp before Rugby Europe Championship Round 4 match against Portugal.

The game will kick off in Stade Jean Bouin, Paris, at 18:00 Georgia time on March 7.

A week after the successful match against Belgium in Kutaisi, there have been several changes in the Lelos’ squad. Under 20 team member and Kutaisi Aia center Lasha Lomidze, who is currently in France, getting ready for the second leg of two-match series against France U20 on March 1, will make his first appearance in the Senior Lelos’ training squad.

There are two more Junior Lelos in the national team’s training squad – hooker Vano Karkadze and center Deme Tapladze. Tapladze is Georgia Under 20 captain; he played his first senior international 1 week ago against Belgium and then joined Ilia Maisuradze’s trainees in France. In the extended squad therme also is Tornike Jalagonia, who trained to play against Belgium but did not make it into the 23-man squad, which postponed his debut.

“This is the squad, which will train for Portugal game. We had been watching Lasha Lomidze for a long time. Considering that the Junior Lelos’ French tour will be over by the time we start our training camp, Lasha will be able to join us. Whether he is selected into the 23-man squadv will be decided later,“ – says Levan Maisashvili.

Compared to the previous match, there are several more changes in the extended squad. The Lelos have returned their experienced props – Mikheil Nariashvili and Levan Chilachava and scrum-half Vasil Lobjanidze. This is how Head Coach explains his decision:

“This is not about mistrusting the youngsters. We simply do not have the luxury to keep the team apart for a long time. If we could let the clubs keep experienced players and offer an opportunity to the youngsters in the previous round, now we think we need these players back. Our short-term goal is to win the Rugby Europe Championship with quality performance, though we also have some long-term goals. We cannot convoke our players 10 days ahead of summer or autumn tests, so we would like to refine our teamwork and game strategies now“.

The Lelos will leave for France in two groups on Sunday, where they will be joined by France-based players:

“One part of the group will leave for France on Sunday morning, and the other part – at night. The players who have to play their club games will join the team after the morning training session on Monday, just in time for analysis session in the afternoon,“ – says Maisashvili.

The Lelos extended squad vs Portugal 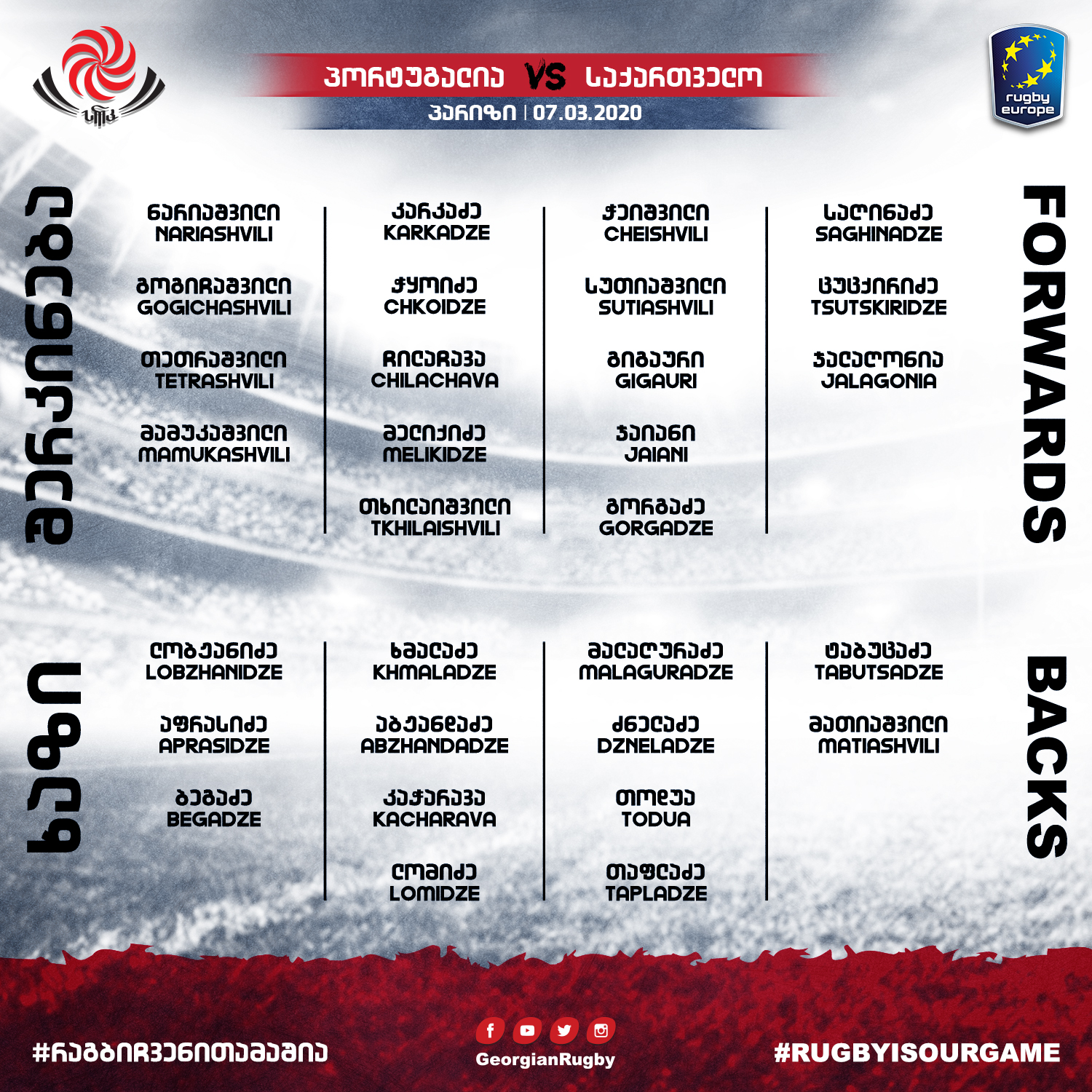