Georgia coaching staff have named The Lelos match-day-23 to face Russia in Kaliningrad.

“After the match against Spain, we did not make big rotation in the team. Unfortunately, Beka Saginadze could not recover. We lack Vasil Lobzhanidze and his invaluable experience. Deme Tapladze is also injured. And we consider that the current squad is the bet we could name.

“We have many young players in the squad and for many of them this is a chance to grasp. The spirits are high in the team and everyone is super-motivated to give it a go and test their abilities in a game like this,” said Head Coach Levan Maisashvili.

“We continue to apply rotation in front row, which is caused by tactical considerations. Chkoidze effectively came on as a substitute in the last match against Russia in February. He is good both in attack and defense and it is logical to let him start the game. We leave the locks unchanged. Jaiani and Gigauri played the previous game well. In the back row, Tkhilaishvili, who is more experienced, will start as flanker, and he will play in pair with Mikheil Gachechiladze. As for no. 8, this position is given to Tornike Jalagonia again,” said Maisashvili regarding the pack.

One change in Backs

Deme Tapladze is unable to play as he got injured in the game against Spain. Experienced Sandro Todua will take his place at wing instead of him. David Niniashvili keeps his place at fullback. According to Maisashvili: “Niniashvili is good in air and in carrying. He had minor mistakes, but showed us that he can handle pressure and has an ability to develop in such games.” 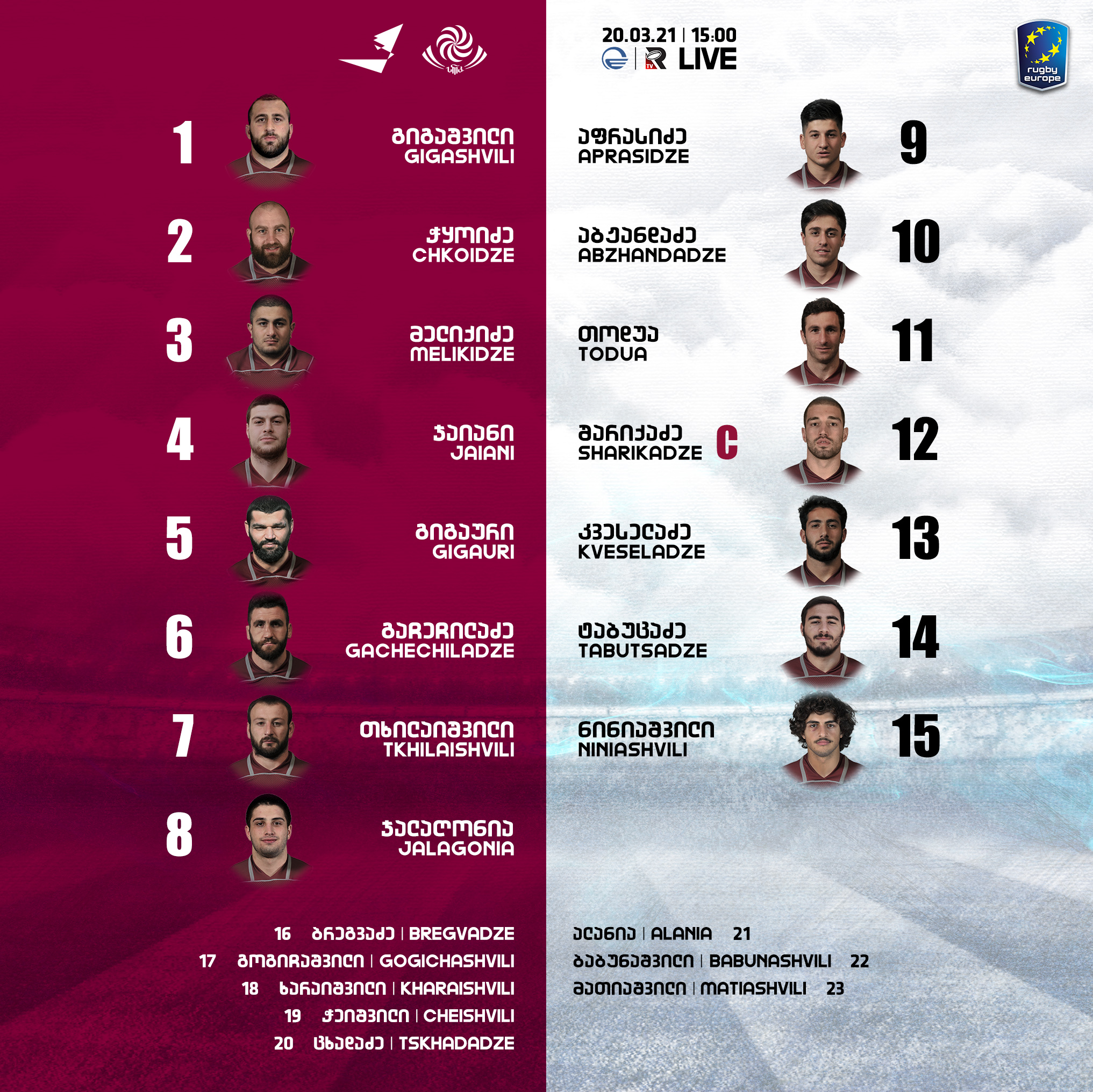