Georgia Head Coach, Levan Maisashvili selected 35 players for the inaugural Autumn Nations Cup 2020. After the Scotland test, young and uncapped scrum-half and fly-half, Georgia U20 program graduates – Mikheil Alania and Luka Matkava were added to the team along with back-rower Mikheil Gachechiladze and winger Mirian Modebadze. According to Maiashvili:

“For now, we have selected 35 players, though we might need to replace some of them during the tournament, using the reserve we have already identified. “

“As decided earlier, Mikheil Alania, who already played several matches for Aurillac, will join us for the Autumn Nations Cup. We are also inviting Mikheil Gachechiladze and Mirian Modebadze, who recovered from his injury much earlier than expected. We are also inviting young and prospective back Luka Matkava in order to increase the depth at a specific position“.

Konstantine Mikautadze, who just signed a 3-month contract with Bayonne, will join the team later, after November 14, barely missing opener against England.

After the return from Edinburgh, players took some rest for several days and restart their camp at Shevardeni today. As the REC match against Russia, which was rescheduled for November 1, got postponed once again, the coaching staff decided that Georgia-based internationals should play for their clubs in the ongoing round of Didi 10 in order to get some game time.

There postponed Didi 10 matches will be played on November 1 and 2, and there will be a whole round next week. The players who participate in these matches will join their clubs on Monday, and the others will continue training atShevardeni. Georgia-based part of the national team will assemble in full after a week and will travel to England to play against the host team in Twickenham on November 14.

„According to the tournament’s COVID regulations, after arrival in England we are not allowed to have contact training sessions until Thursday, which leaves us with as little as two full training ahead of the tournament opener. We have analyzed the previous match and have identified the weak points to focus on in preparation for this game. England is much stronger than Scotland, though I think we will be much better prepared and will perform better.“ 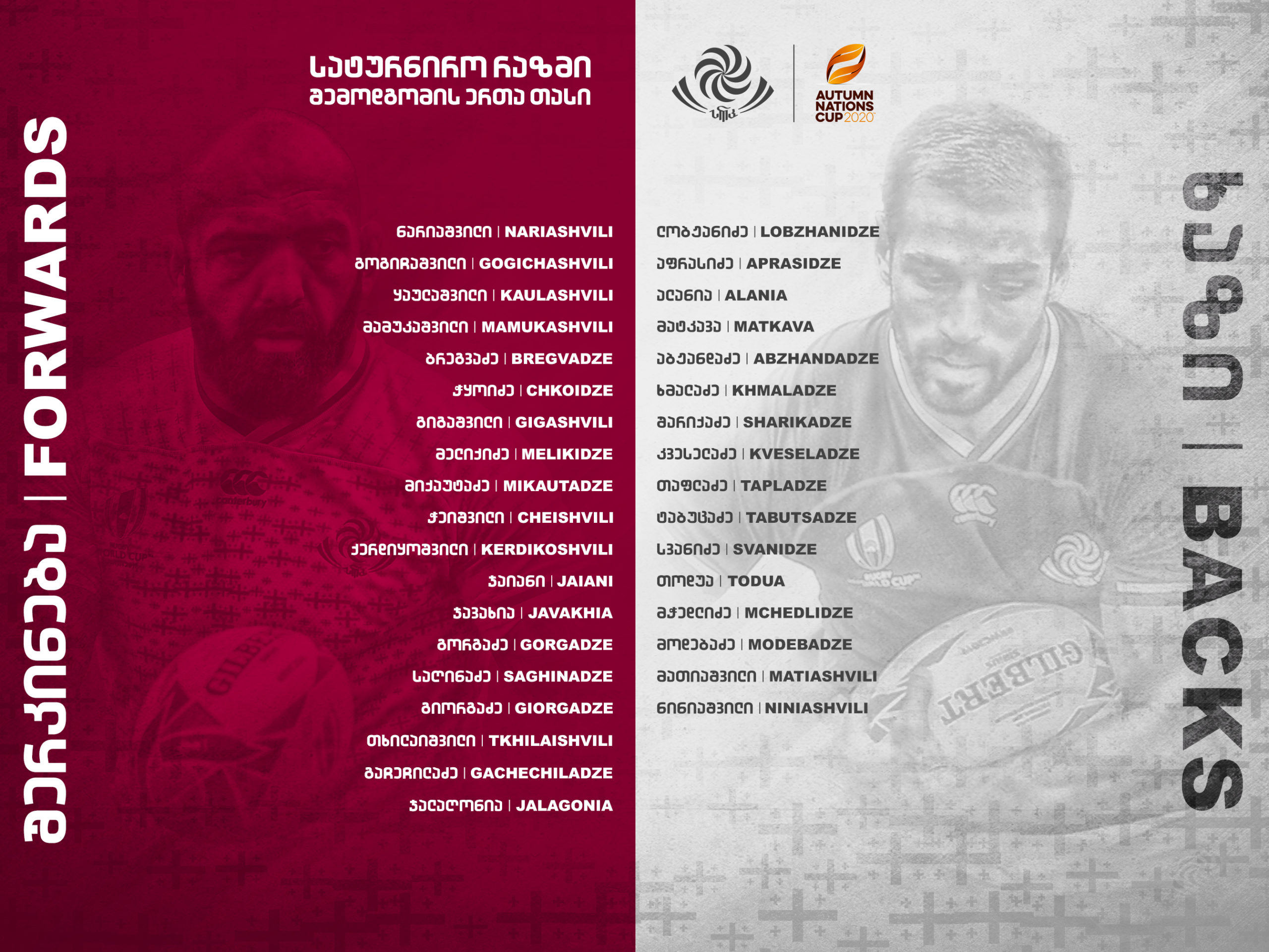