On February 6, Georgia hosts Portugal at Mikheil Meskhi Stadium, and on February 12 the Lelos play away against Netherlands.

Five debutants are training for these matches. Three of them are forwards, and two – backs. These are Enissey-based wing David Meskhi, who was in the Lelos’ camp last summer, Biarritz prop Luka Azariashvili, third-row forwards Luka Ivanishvili and Sandro Mamamtavrishvili, both of Georgian Franchise – Black Lion and 18-year-old centre Tornike Kakhoidze from Lelos Saracens RC, who showed outstanding performance in Under 18 and Under 20 teams.

Second-row forward Grigor Kerdikoshvili, who last played for the Lelos at Autumn Nations Cup 2020, returns to the squad after having several surgeries, signing a contract with Agen and playing 9 matches in the current season of ProD2.

Vano Karkadze, after his last international in February 2020, got injured and fully recovered in September 2021, playing for Brive in the French Top 14 and the Challenge Cup since then.

Overall, there are 18 forwards and 14 backs in the training squad. 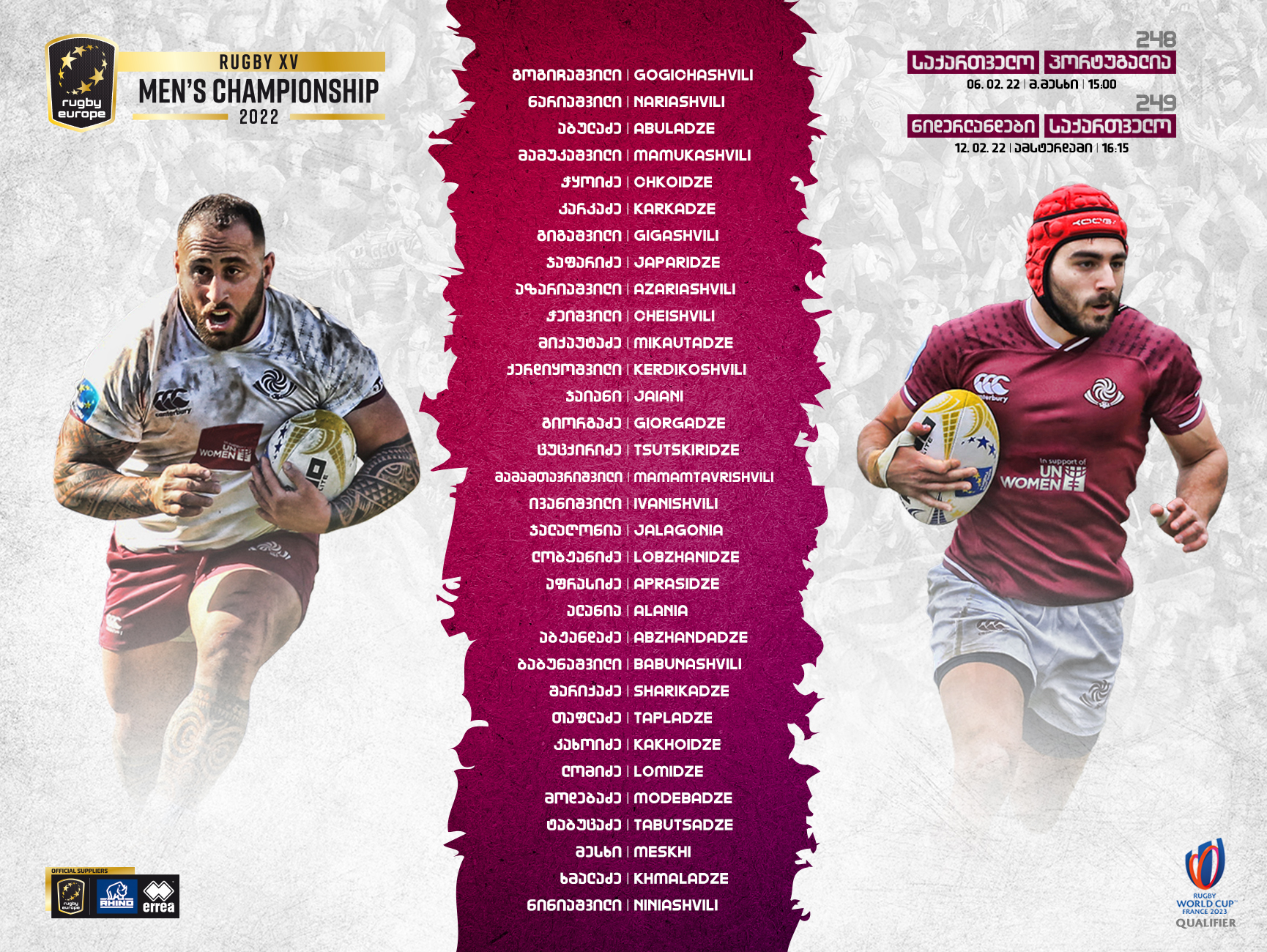