10 changes have been made to starting 15 after the round one match against Portugal. One of those was caused by an injury – Beka Saghinadze. As for the rest of the changes, the coaching staff decided to make rotation:

“As our extended squad consists of 32 players, we try to balance it so that everyone can get some game time. As I mentioned several times before, our goal is to test all players in different positions and roles while keeping the team balanced.” – Says the Head Coach, Levan Maisashvili.

Due to rotation principle, the front-rowers, who were on the bench against Portugal last week, will start against Spain this Sunday – Beka Gigashvili, Shalva Mamukashvili and Gia Kharaishvili.

Lock Lasha Jaiani keeps his place in the second row; this time he will be joined by Davit Gigauri, while Nodar Cheishvili moves to bench.

Tornike Jalagonia, who recovered from minor injuries just in time, keeps his place in the third row at Number 8. Mikheil Gachechiladze and Irakli Tskhadadze, who had his senior international debut last week, will start as flankers.

With Four Changes in Backs 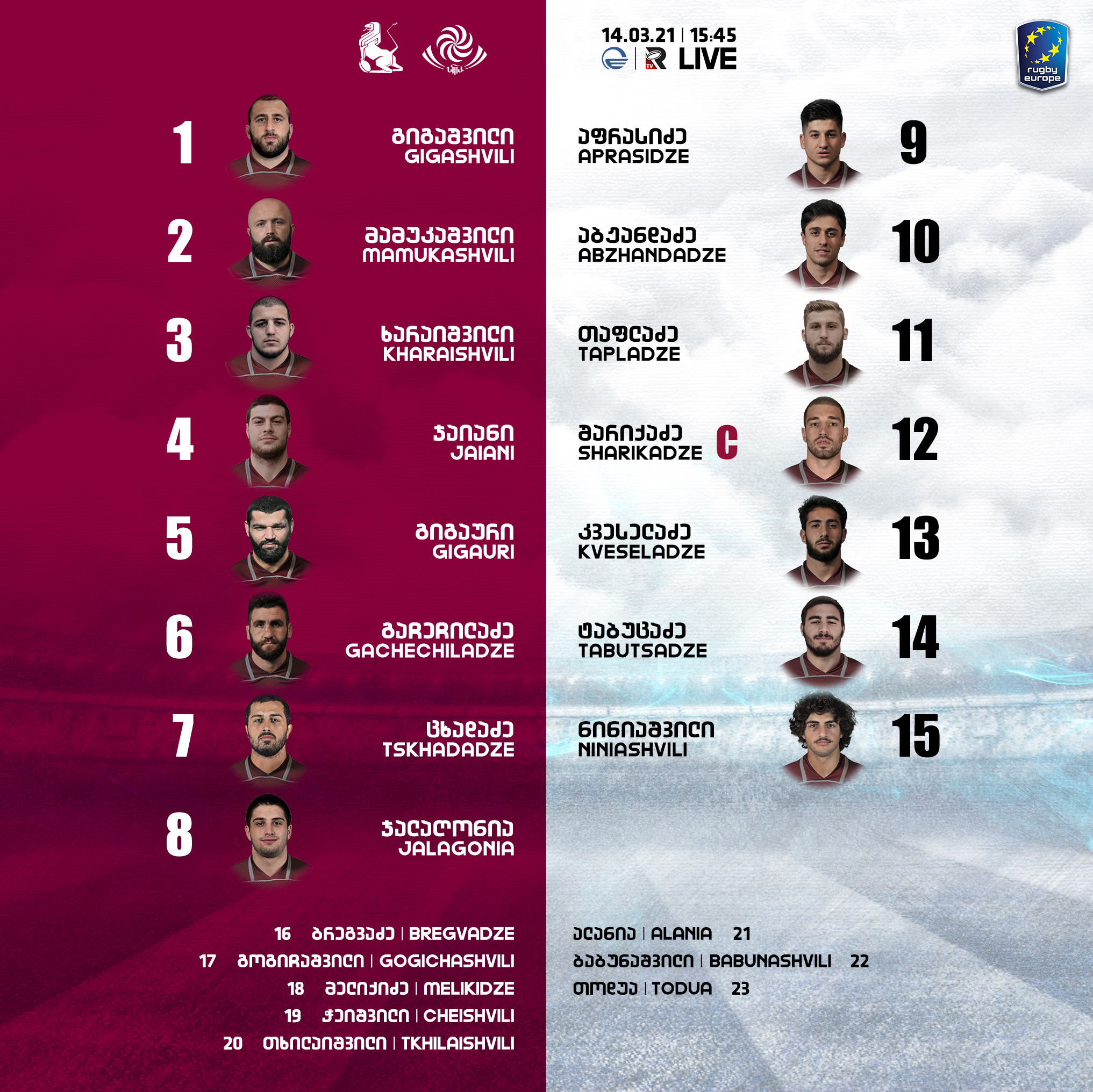