The final round of Rugby Europe Championship 2020, which due to pandemics, got postponed twice, kicks off at 15:00 Georgian time.

Though the extended squad featured 10 uncapped players, only one of them made it into match-day 23: prop Giorgi Nutsubidze, whom fans remember by his excellent performance in Junior Lelos (World Rugby U20 Championships 2017-2018) and who plays his rugby for one of the most famous French clubs Biaritz, will wait for his chance to with 1st Senior International Cap for Georgia from bench.

Experienced prop Zurab Zhvania returns to the front row after a two-year break. Together with Beka Gigashvili he will upport hooker Shalva Mamukashvili. It should be noted that Shalva was in the starting 15 at 17 matches out of 18.

The second row consists of Lasha Jaiani and Giorgi Javakhia, who have a total of 10 caps together. Jaiani has put on the Lelos’ jersey 4 times only, starting at the bench on all occasions, while now he will be in the run-on squad.

Flanker Mikheil Gachechiladze is in the run-on squad for the first time since June 2018. He has 12 caps, though he was in the starting fifteen 3 times only and stayed on the bench during the last five matches. The second flanker is Beka Saginadze, who proved his worth at this position, and no. 8 is Tornike Jalagonia.

Forwards in the starting 15 have a total of 179 caps, two third of which are contributed by just two players – Zhvania and Mamukashvili.

For the first time, 18-year-old fullback David Niniashvili is in the starting squad. During the Autumn Nations Cup he was substitute in matches against Ireland and Fiji.

Tamaz Mchedlidze who will play center together with team captain Merab Sharikadze, returns to the starting fifteen after the last year’s match against Spain.

Wing Mirian Modebadze who had his last international against Romania on February 1 2020 will put on the Lelos’ jersey again after a year’s break. Second wing is Aka Tabutsadze, who had his debut last year.

Team axis is formed by Vasil Lobzhanidze and Tedo Abzhandadze. Since November 2018, this coupld is starting its 16th match. Tedo has a total of 20 caps.

Backs in the starting 15 have an aggregate of 229 caps, i.e. the 7 backs have played more internationals than the 8 forwards.

Substitute players have a total of 220 caps. 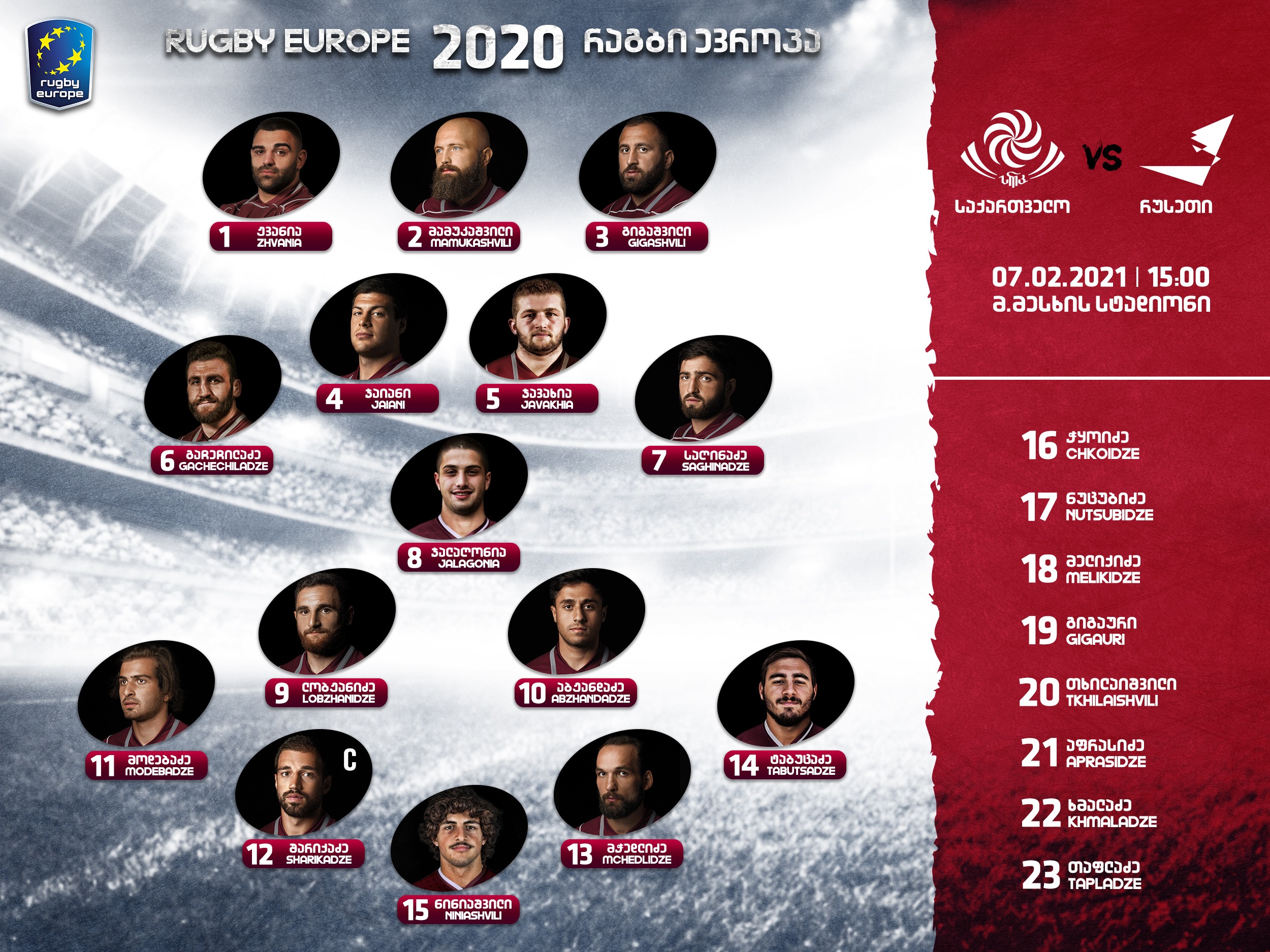