Georgia will play against Portugal in Lisbon on March 6, at 19:00 Georgia time. This (and the next) year’s Rugby Europe Championship is a RWC2023 Qualifier, which doubles the importance of the tournament. The Lelos’ Head Coach Levan Maisashvili says that maintaining balance between testing of new players and securing the desired tournament results is the key:

“In terms of attitude, there is no difference between this year’s and last year’s Rugby Europe Championships. Now we need to balance between experiments and successful performance. Our current priorities are to create position depths, offer players opportunities to gain experience and increase competition though, at the same time, we should not forget about tournament ranking, especially that we have entered the Rugby World Cup qualification cycle.“

After the Russia match one month ago, the coaches completely revamped the front row. In the Starting 15, hooker’s position was given to Jaba Bregvadze, who will be supported by young props Guram Gogichashvili and Giorgi Melikidze. Both last played in starting 15 on Fevruary 22 2020 against Belgium. For Gogichashvili this is going to be the 6th match in Starting 15, and for Melikidze – the 4th.

Lasha Jaiani keeps his place in the second row; he will play together with Nodar Cheishvili. This pair last played together against Ireland at Autumn Nations Cup.

Giorgi (Koki) Tkhilaishvili returns to the third row. Position of second flanker has been retained to Beka Saginadze, and number 8 is Tornike Jalagonia.

Gela Aprasidze is going to start as scrum-half. He last played in the Starting 15 against England in November 2020. Gela Aprasidze will be playing together with fly-half Lasha Khmaladze, who last played at this position last year against Portugal and continued as fullback at Autumn Nations Cup.

Three debutants on the bench 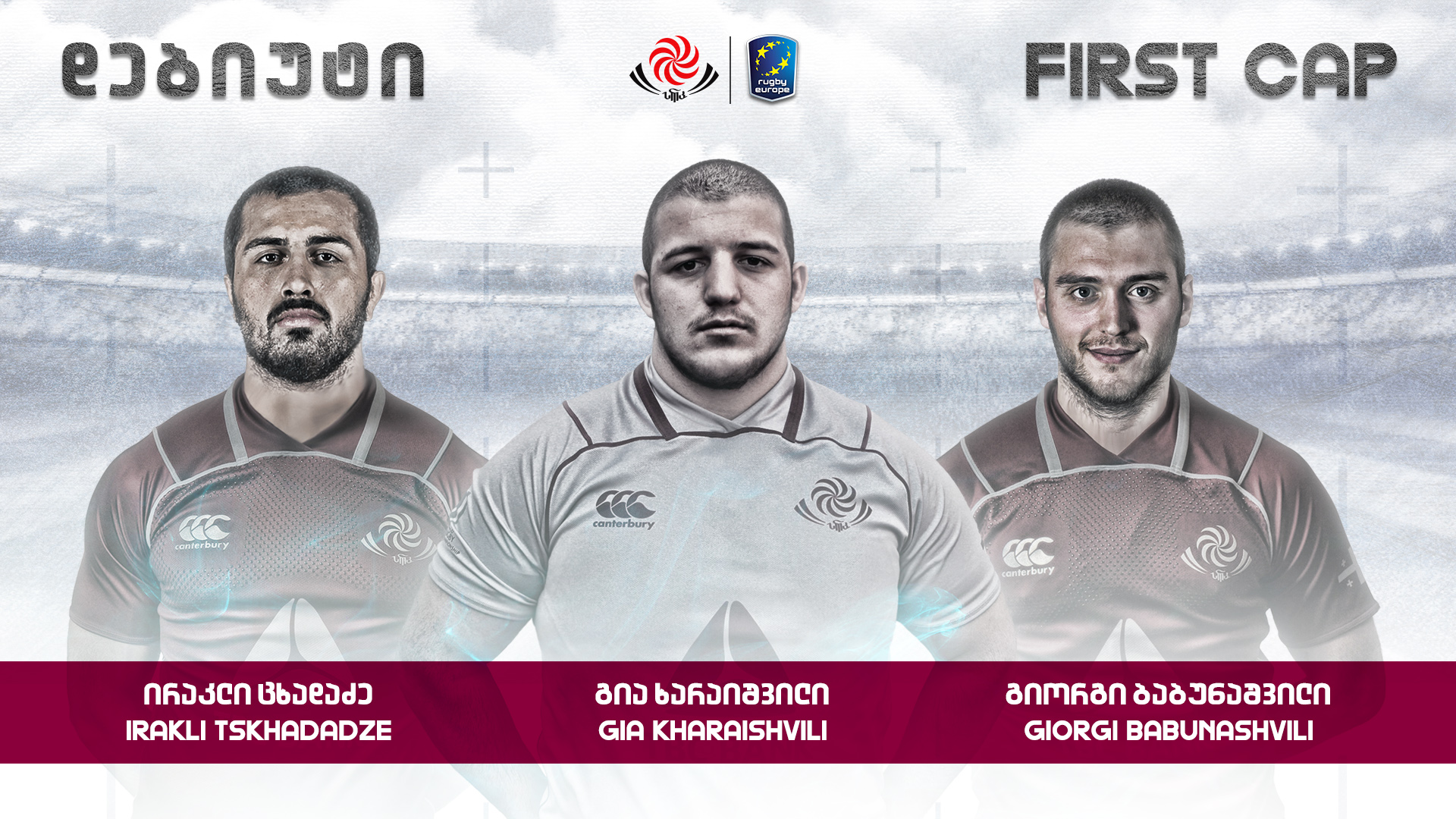 Substitute scrum-half is Mikheil Alania, who is going to get his second cap. Substitute back is young Deme Tapladze.

The team is reinforced by experienced hooker Shalva Mamukashvili and prop Beka Gigashvili, as well as second-row forward David Gigauri.

Maisashvili makes the following comments about the squad replacements:

“We have three debutants in the squad, who will join the team from the bench. We are trying to test new players without disrupting the team balance. In the Starting 15 we have Guram Gogichashvili and Giorgi Melikidze. Gogichashvili was not released by his club for the Russia match, but now he is finally with us, and Melikidze proved he is highly reliable and earned his place in the main squad.“

“We have some issues at loosehead prop position. Mikheil Nariashvili has a knee injury, so that we had to move Beka Gigashvili to the left, which is not the first time for him. For us it is important that the players joining the game from the bench reinforce the team and, fortunately, we have this reserve.“

“It has been a long time since we last saw Lasha Khmaladze at fly-half. He will team up with scrum-half Gela Aprasidze, who mainly joined the team from the bench brfore. This is a tactical replacement; besides, these players, as well as Mikheil Alania, who will start the game on the bench, earned their chance.“

“Sandro Todua who recovered from injury and finished a course of rehabilitation, has finally rejoined the team. It is also great to have Giorgi Kveseladze back, who plays very efficiently together with Merab Sharikadze. I am sure these players will boost our performance.“ 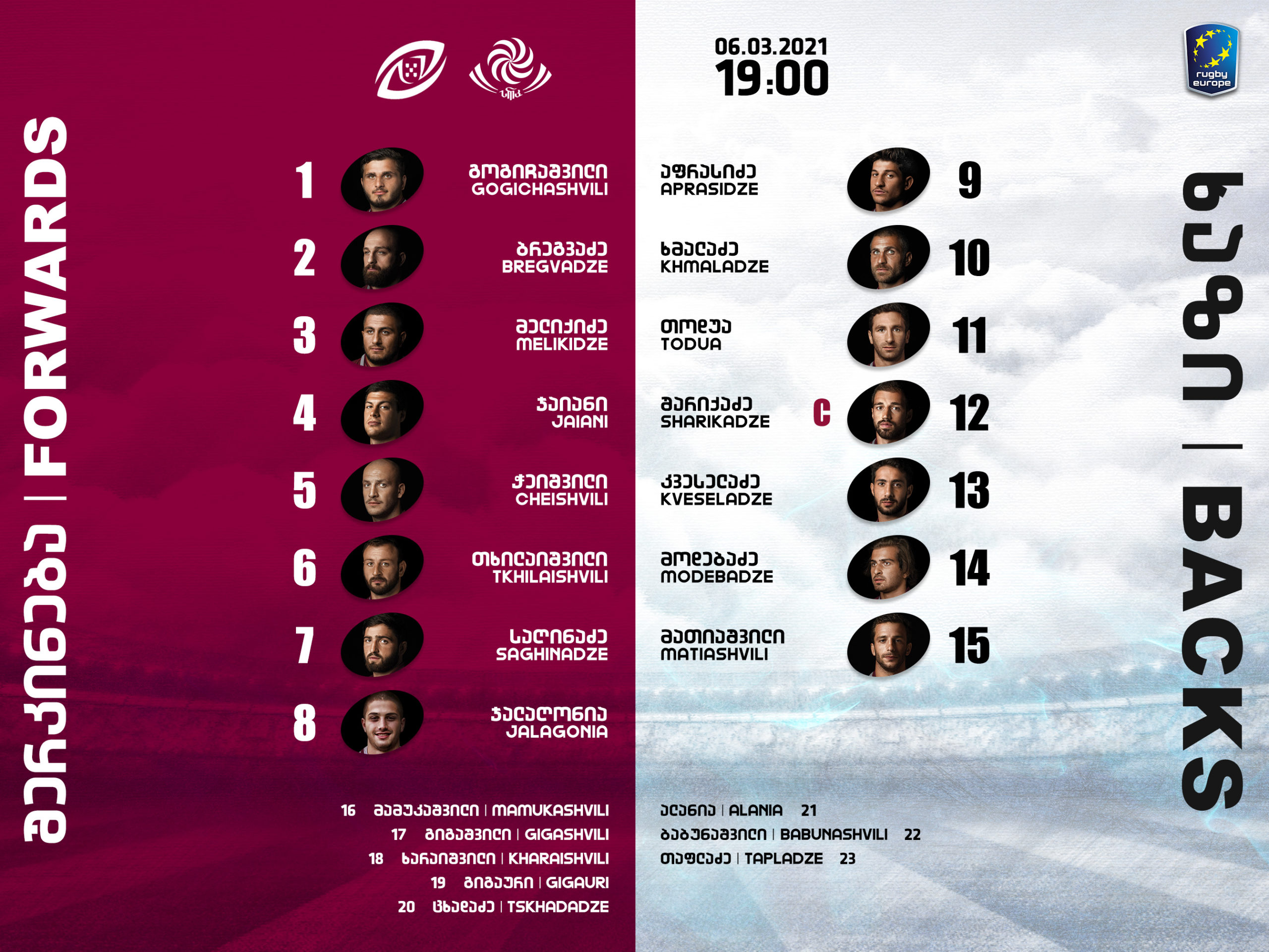